The Cathedral of Sainte-Marie d'Auch is a real eye-catcher with its dominant position at the top of the hill. Completed in 1680 after two hundred years of construction, it is one of the most recent Gothic cathedrals in France. This monument, classified major site on ways of Saint-Jacques de Compostelle by UNESCO, reserve of beautiful and incredible discoveries ...

Between Gothic and Renaissance

Whether the approach is on foot via the GR653 or the banks of the Gers, by car or by train, the gothic silhouette of the Auch cathedral is promising. Arrived on the square, what a surprise! An imposing and harmonious Renaissance-style facade welcomes us! The Cathedral of Sainte-Marie is a perfect illustration of the transition between Flamboyant Gothic and the classical Renaissance style.

The main building in Auch, its Sainte-Marie cathedral (…) is a Gothic church from this rich Gothic era which ended the ogival period and flourished during the Renaissance. JULES VERNE, Geography of France, 1867.

A certain majesty emerges when we enter the building. This majesty is accentuated by the sobriety of the decor, by the height of the vaults (26 m!), And by the light.

Let's move towards the windows. Here the stained glass by Arnaut de Moles (XVI th century) are marvels of lights in shimmering colors.

are among the most beautiful stained glass windows of the south.
They present in particular full-length characters, comparing the old and the new testament, as well as the pagan religions represented by the sibyls.

The drape of the characters' costumes is remarkable, you could almost feel the velvet of the fabrics. The first canopy represents the scene of original sin. Notice Adam's belly and…. her navel.

The choir of St. Mary's Cathedral is a church within the church. Completed in 1552, it is composed of high stalls and low stalls where more than 1500 characters are sculpted, constituting an iconographic ensemble of incomparable richness.

We must observe the thoroughness and variety of detail ; on each seat, even the volutes of the armrests are finely carved and sometimes represent a character, Chemins de Saint-Jacques-de-Compostelle in France, sometimes a fabulous animal.

As you walk towards the exit, your eyes look up at the arches and fall on a monumental organ by Jean de Joyeuse (Seventeen th century).

Individually, in a group or as a family, the cathedral is revealed at your own pace. You wish to venture out on your own, choose the commentaries of an audio guide or the courses strewn with puzzles of the application » Explore Auch  »(The tourist office provides you with a tablet).

Do you prefer the presence of a guide? The guides of the Country of Art and History offer a program of visits that are as documented as they are fun, as well as workshops for the youngest. Finally for the groups, our dedicated service is at your disposal. 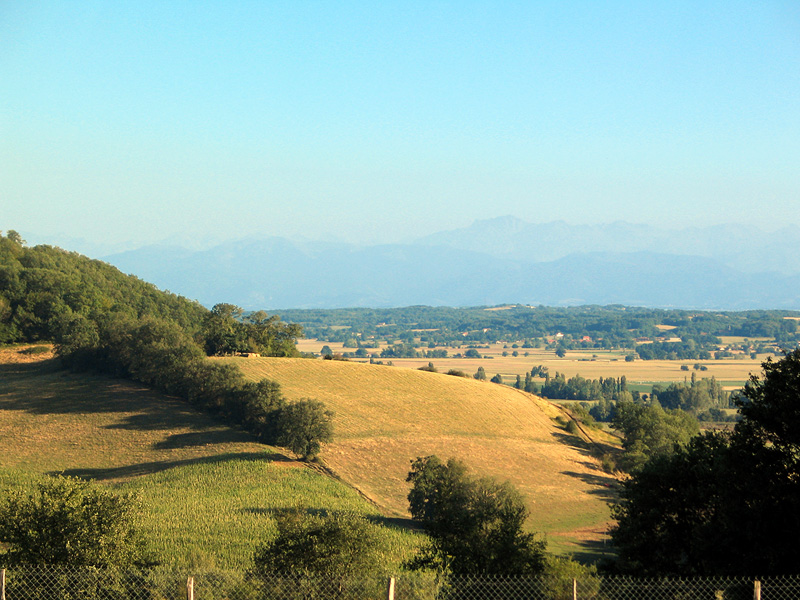 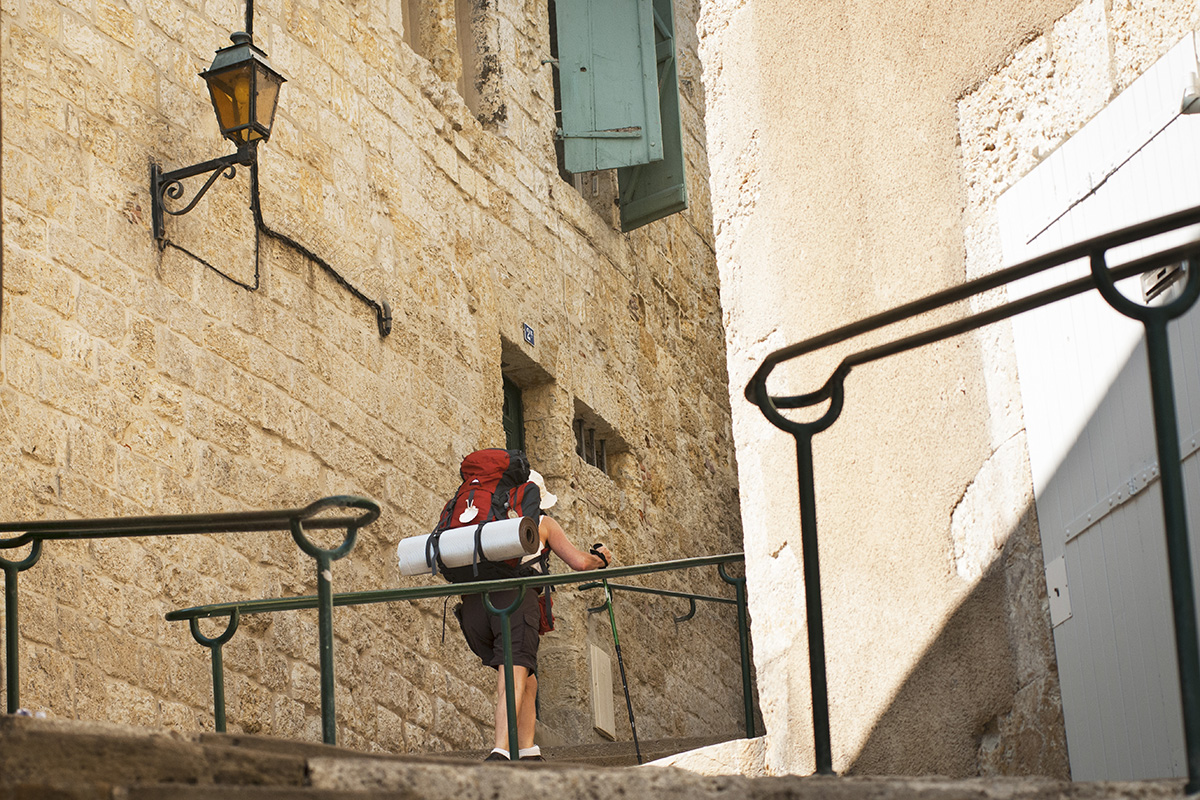 On the way to St-Jacques de Compostelle, Auch and Montégut in the Gers from Toulouse