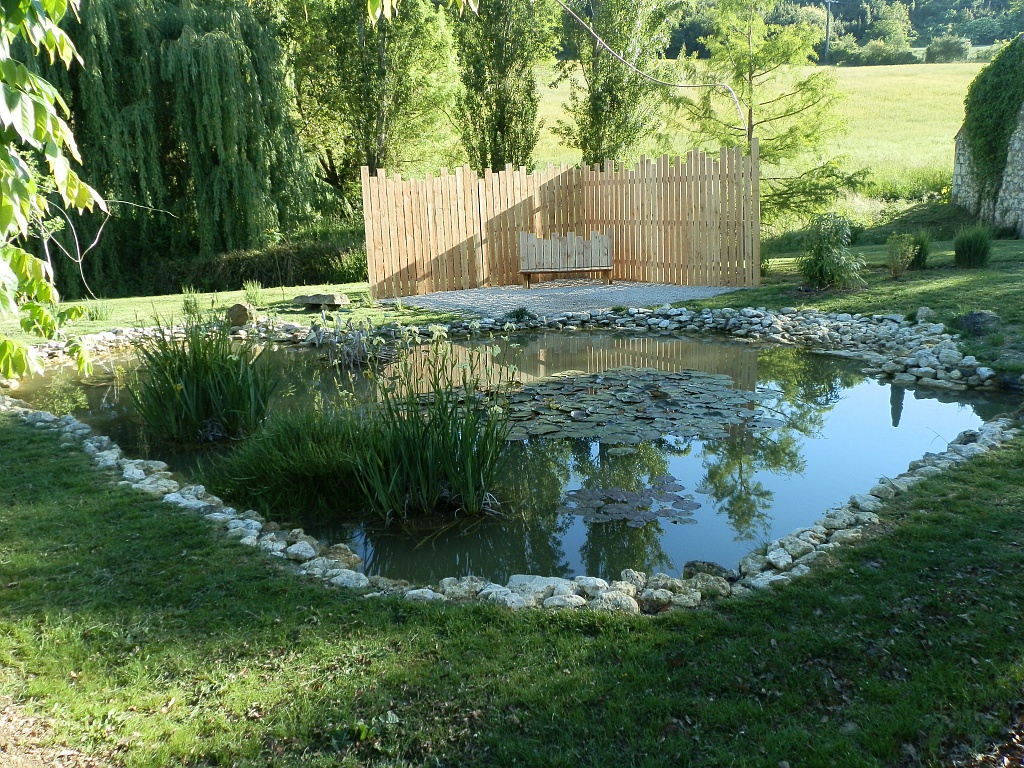 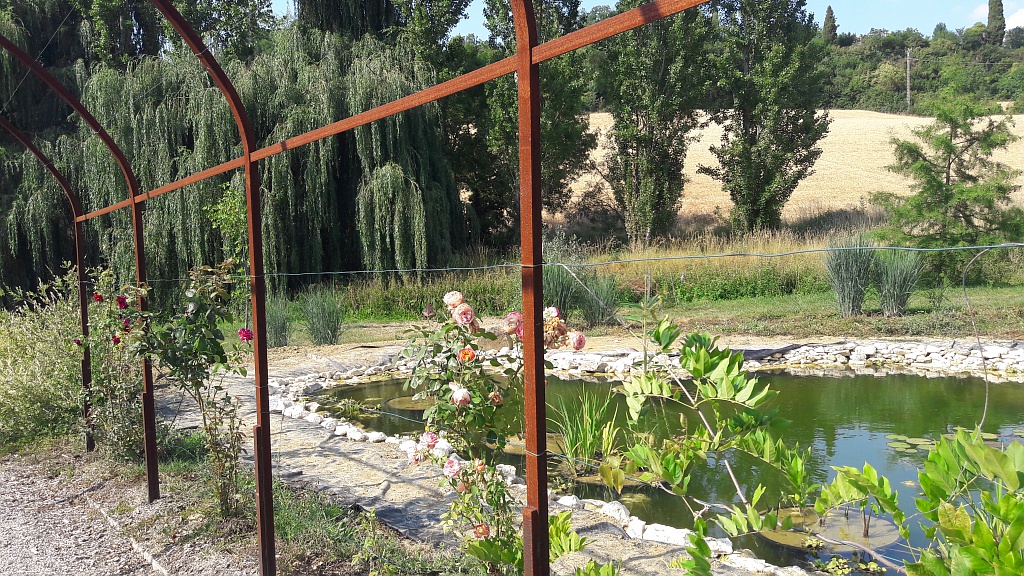 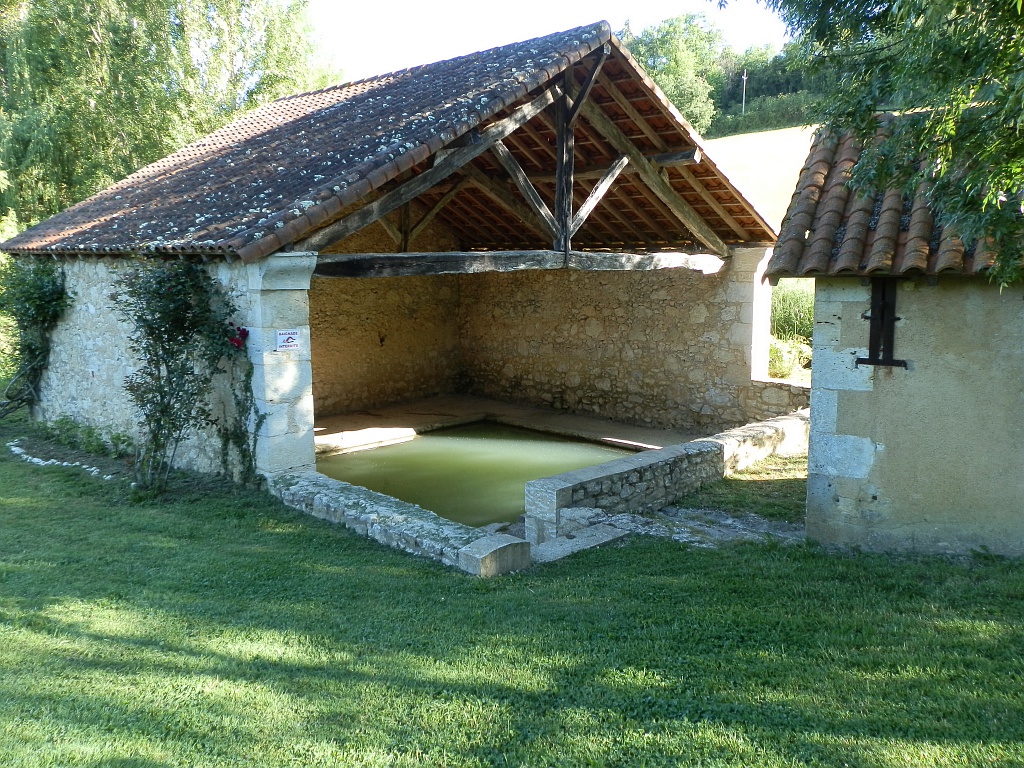 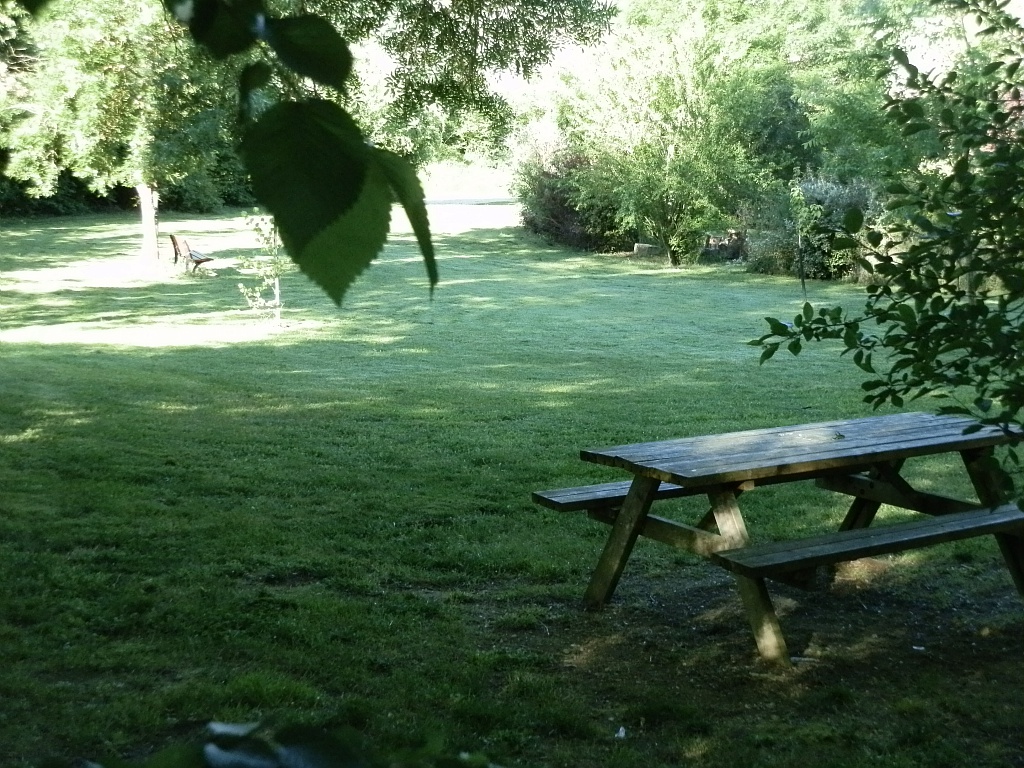 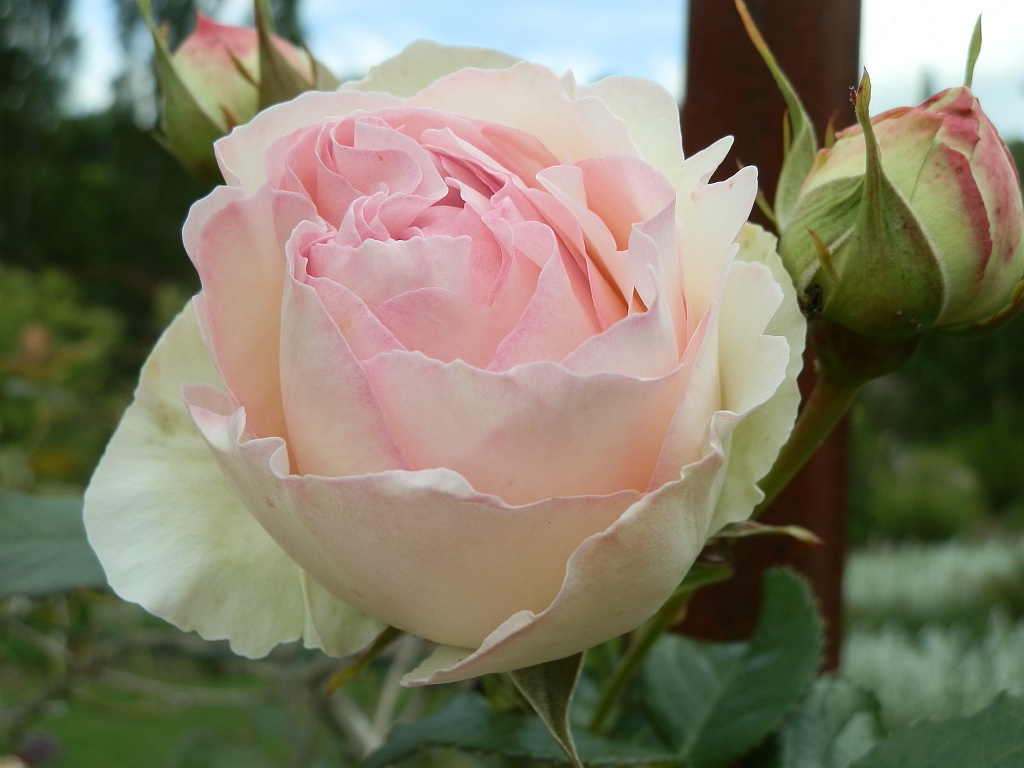 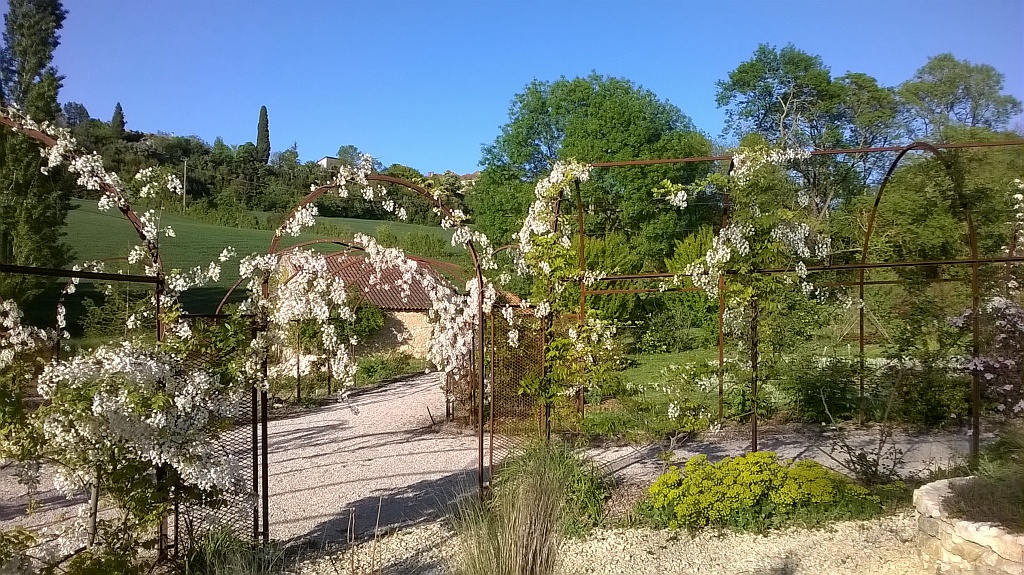 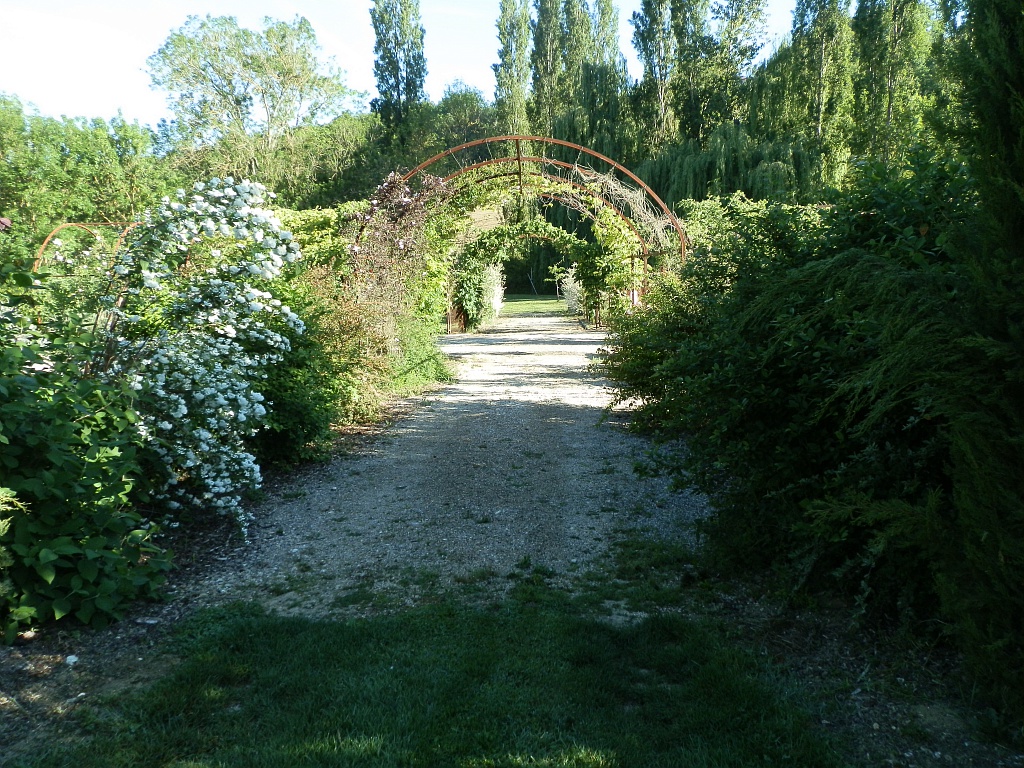 The Gardens of Vassevin are the property of the municipality of Jégun, they were designed and are maintained by the association Pèira e Casau (Stones and Gardens) whose object is the enhancement of the site of Vassevin. Funding is entirely provided by the municipal budget.

The association currently has 6 members. It was created in 2010, at the same time as the first works of the garden. The low number of volunteers imposes a fairly slow pace of development.

The route was developed with the help of Michel Perrier, landscaper and nurseryman based in Castillon Massas (Labarthe nurseries). The latter provides advice and technical assistance throughout the year and according to the various sites.
The project aimed to create four themed walled gardens:
- Garden of medicinal and aromatic plants
- Dry garden
- Ornamental garden
- Wet garden
arranged around a central square and distributed by alleys covered by very large pergolas.

In 2011, the first project consisted of the construction of the four gravel paths and the planting of the peripheral hedge and the hedges bordering the four gardens.
Along the paths, you will find flowering shrubs: deutzia, shrub honeysuckle, Japanese quince, flowering gooseberries, spirea ...
Apple and pear trees pruned into palm leaves, actinidias (kiwi), vines and willow shrimps have also been planted.

Cypress trees mark the main accesses to the alleys.
The garden of medicinal aromatic plants was created in 2012, 7 wooden boxes of geometric shapes were built to accommodate these plants. It is currently being redesigned.

A gap in the surrounding laurel hedge provides access to the orchard planted with cherry, apricot, fig, peach, plum and apple trees.
The large so-called "ornamental" garden was laid out in 2013. The choice of plants, trees and shrubs was guided by the theme of tales, it's up to you to discover which ones inspired us ...

It remains attractive all year round. In spring, a very fine collection of peonies rubs shoulders with garlic and iris, while magnolia, dogwood and apple tree are adorned with flowers. As summer approaches, rosebushes, centauries, valerians, daisies, hollyhocks, ceanothias take over, while at the height of the season the altheas, daylilies, asters, sage… adorn themselves with flowers. In autumn, the grasses, present in most of the beds, deploy their long stems. Finally, in winter, dogwoods, hellebores and heuches end the season in the garden with a flourish.
This garden is bordered by a country hedge.

- The pergolas were installed in the summer of 2013, they are the work of a craftsman and artist from Jégun: Bernard PORTERIE “Les forges de la Gimbère”. Plants took place there in 2014. Roses, clematis, wisteria, bignonia, jasmine… ensure continuous flowering from spring to autumn.

- The dry garden, with low walls, stone paths and staircase, was built in 2014 and planted in 2015. It hosts Mediterranean-type plants, trees and shrubs: cistus, euphorbias, lavender, rosemary, thyme, phlomies, olive trees, sage ...
The central square is paved with flagstones which were made by the children of the town and the surrounding towns during a “young summer”, supervised by volunteers from the association and by an animator from the Jégun leisure center.
This garden is bordered by a hedge made up of purple hazel trees and viburnums.

- Finally, the pool of the aquatic garden was dug in the summer of 2016, this garden should be completely completed in the summer of 2019: planting on the banks and development of the courtyard protected by palisades. The basin welcomes many guests: frogs, dragonflies, beetles, gerris (water spiders)… and a few goldfish. Many birds come to quench their thirst. This garden is bordered by a hedge made up of grasses (miscanthus).

At the same time, outside the gardens, remarkable trees, by their habit or their flowering, have been planted, you will thus discover: a bald cypress, a tortuous willow, a country elm, a marsh oak, a hairy oak, a sycamore, a davidia (called handkerchief tree), a paulownia, a gingko, a Japanese cherry, a tulip tree, a liquidambar ...

The wash house which gave its name to the site was restored in 2013, as part of a youth work camp, supervised by the company Histoire de Pierre based in Lavardens. The steps and the surroundings have been completely rebuilt. The roof had been redone before the garden work began. It is populated by frogs, freshwater prawns and some crayfish.
The north wall is bordered by hydrangeas variety quercifolia ”.
On the south side, two climbing roses frame currants, blackcurrants and raspberries.

The small building, opposite the washhouse conceals a source which feeds the washhouse, it is still used, in particular for watering the gardens of Vassevin and for that of the flowers planted in the town.

This garden is the work of volunteers who, for the most part, have a professional activity and their own garden! It is therefore on their leisure time, alas constrained, that this handful of enthusiasts designs and maintains the places.

No chemicals are used for weeding or treating plants. So, here or there, depending on the season and the ardor of the volunteers, you will find some thistles, quackgrass, bindweed that have pierced the thick mulch that we strive to maintain throughout the year.