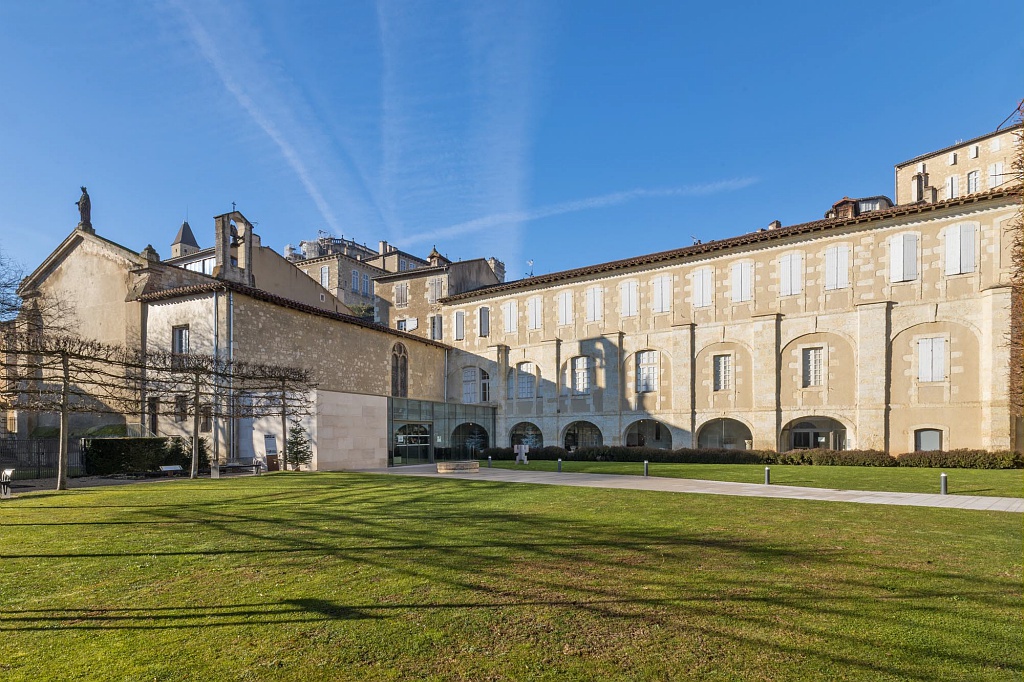 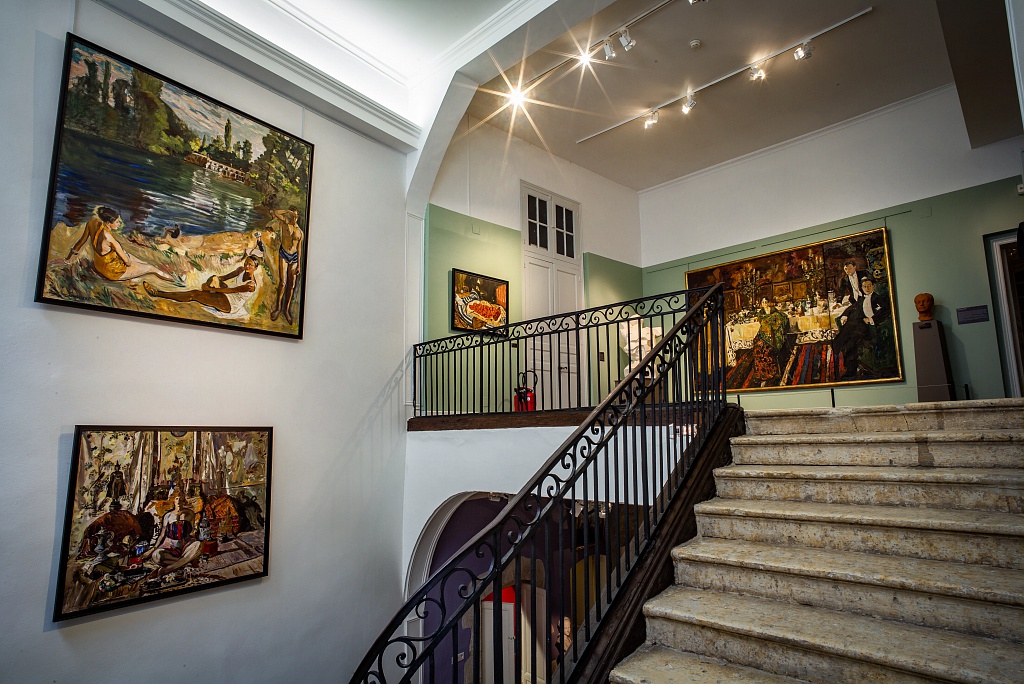 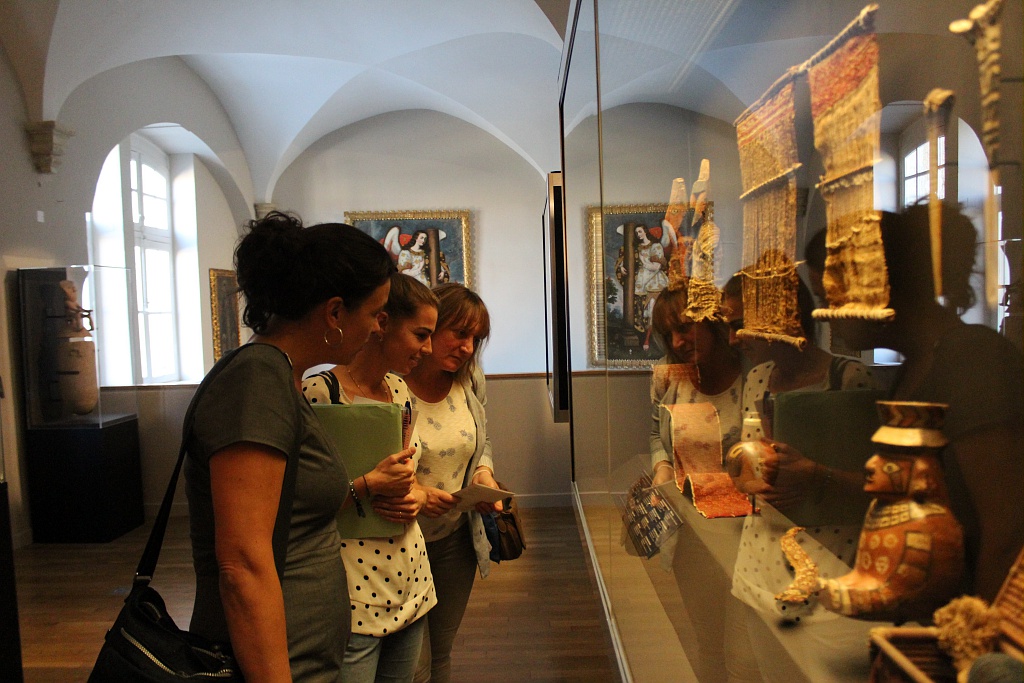 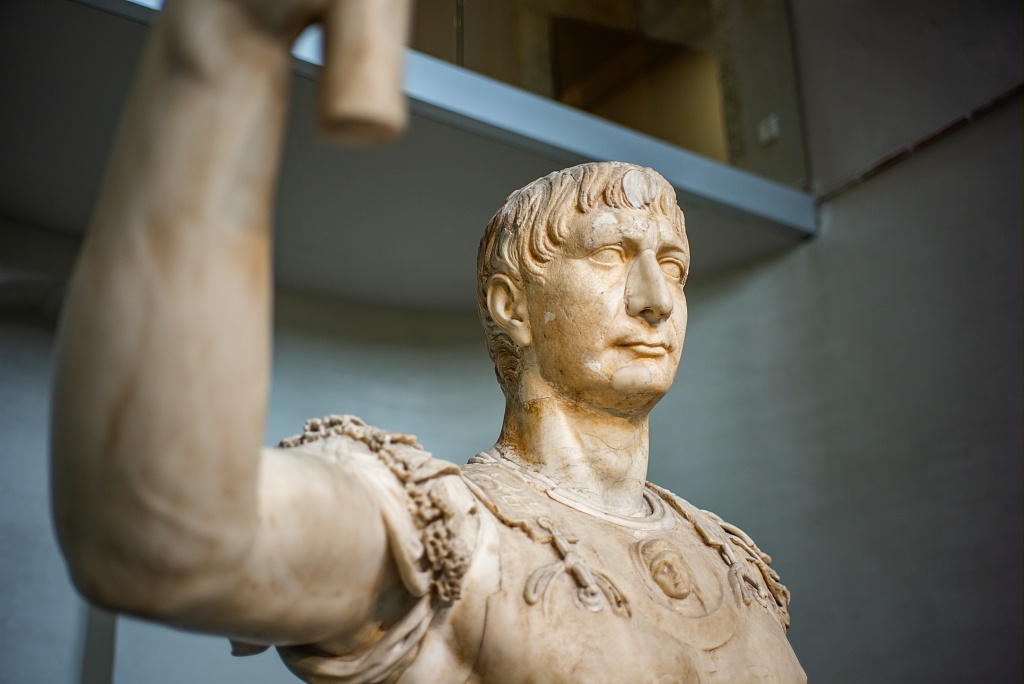 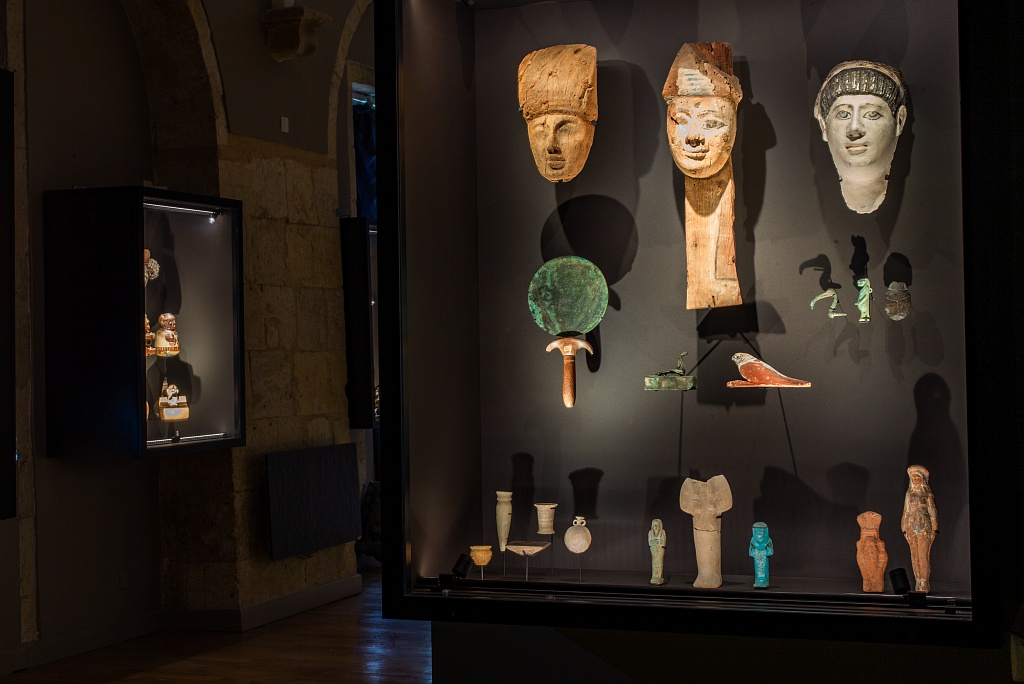 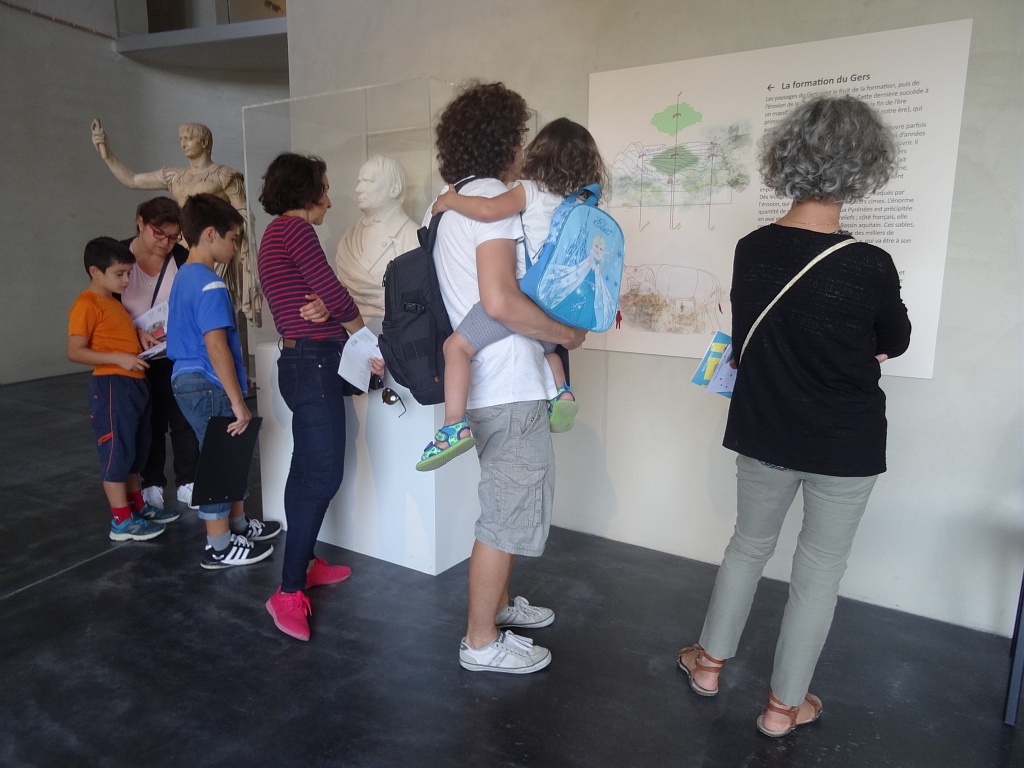 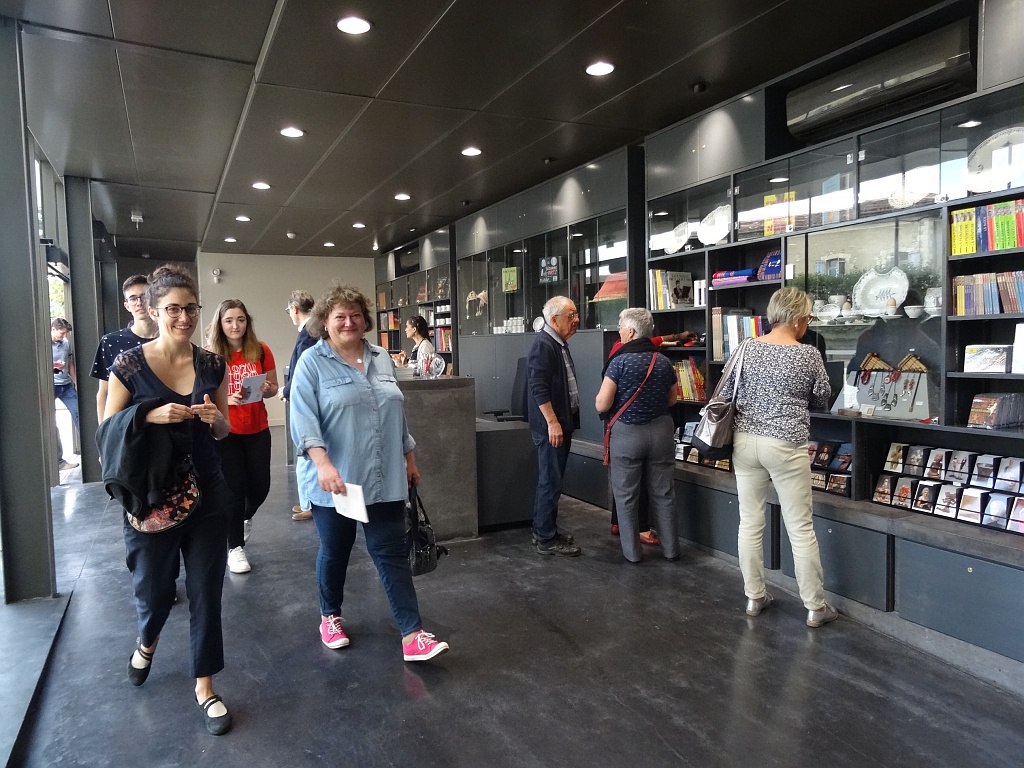 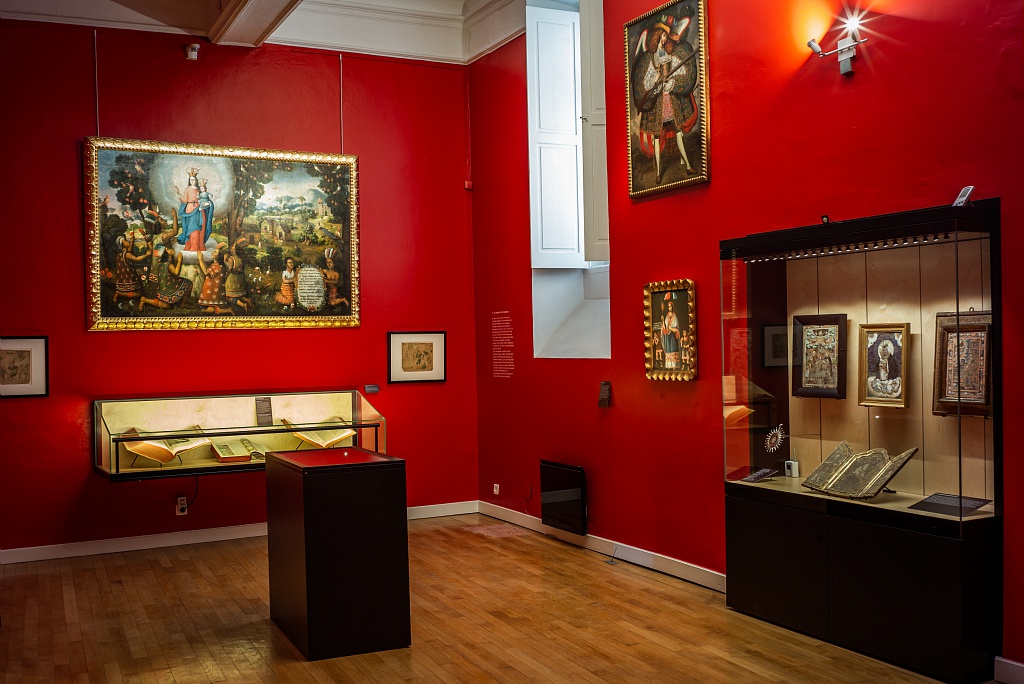 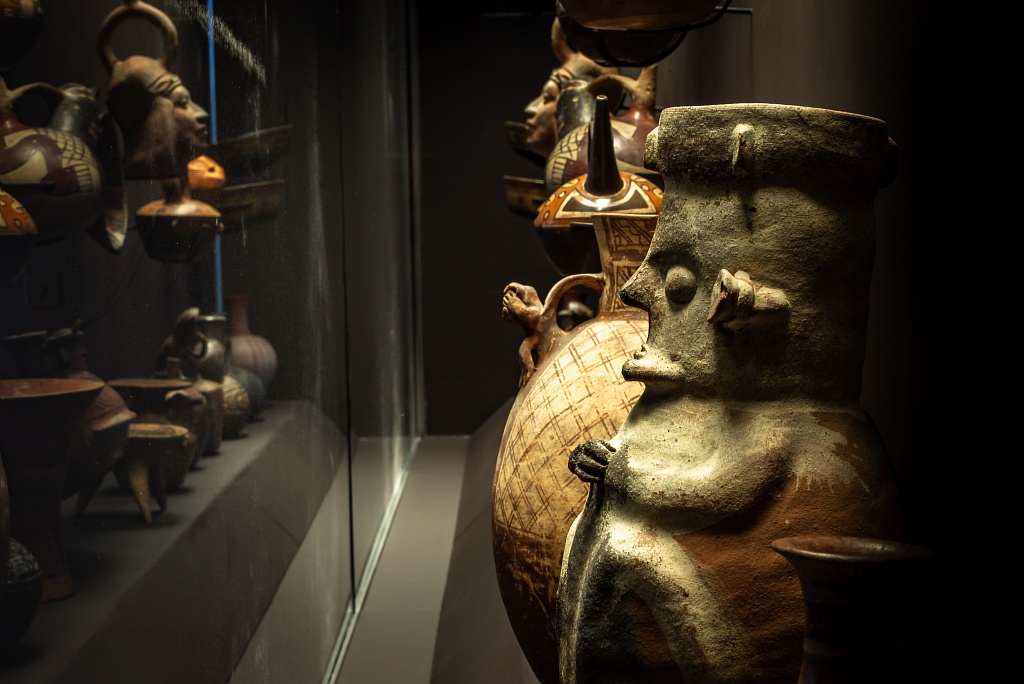 From 21/07/2021, as part of the health restrictions linked to the circulation of COVID-19, the health pass is mandatory to visit the museum: bring your vaccination certificate OR your negative test OR your your certificate of reinstatement.

Created in 1793, the museum took the name of the convent in which it had settled in 1979.
Today, it is revealed with this new identity "Museum of the Americas - Auch" more in line with the richness and diversity of its American collections (2nd collection of pre-Columbian art in France) but also local, testifying to the history of Gascony, from Antiquity to the first half of the XNUMXth century.

Discover the new museographic route which develops over 19 rooms and more than 1000 m² of permanent exhibitions.
Entrance to the museum is now via rue Gilbert Brégail, where you will discover the garden and the beautiful ensemble of Jacobins.

The Musée des Amériques - Auch has the second collection of pre-Columbian art in France after that of the Musée du Quai Branly-Jacques Chirac. It thus offers a complete panorama of the pre-Hispanic cultures of Peru, Ecuador, Central America and Mexico until the Spanish conquest. More than 400 pieces of goldsmith's work, ceramics, weaving, wood are exhibited. The Latin American sacred art collection, on the other hand, is certainly the rarest. Not to be missed is the exceptional Mass of Saint Gregory, a feather painting produced using an Aztec technique in Mexico City in 1539, less than 20 years after the conquest of Cortes. It is probably one of the oldest Christian works in the New World.

The adventure continues in the heart of the local heritage thanks to the rich collections presenting the history of the city and of Gascony from Antiquity to the 20th century: among the most beautiful pieces are the splendid frescoes from the Gallo-Roman palace de Roquelaure (XNUMX BC), the recumbent figure of Cardinal Jean d'Armagnac (XNUMXth century), from the old Romanesque cathedral, which preceded the current building, the olifant and the liturgical comb of Saint-Orens ... But also magnificent elements of traditional costumes from the XNUMXth century or the collection of fine arts showcasing the works of Gers painters and sculptors from the XNUMXth to the XNUMXth century. These include the splendid Phases de la lumière by Jean-Louis Rouméguère, the astonishing Reconciled Fiancés by Mario Cavaglieri, or the sculpture by Antonin Carlès entitled La Jeunesse.

Now take advantage of an audio guide to discover the collections of the Museum of the Americas - Auch, available in French, English and Spanish.
An audio description tour is also available, accompanied by a booklet to discover the works. For people with visual disabilities, two works from the collection can be touched with gloves. 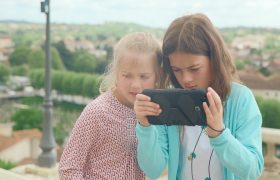 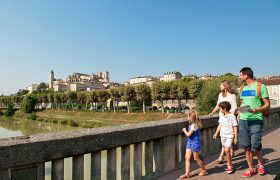 LAND OF ART AND HISTORY OF THE GRAND AUCH 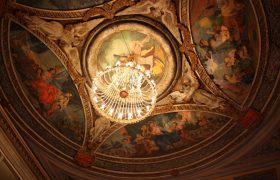