On December 4, 1840, the small spa village of Castera-Verduzan saw the birth of the one who would become one of the greatest professors of surgery at the end of the XNUMXth century, becoming a worthy successor to the line of renowned Gascon doctors: Odilon Marc Lannelongue.

After attending high school inAuch, Odilon continued his studies in Paris where he enrolled in medicine at the age of 18. Gold medal of the boarding school and the title of doctor in his pocket, he opened his practice rue St Honoré. During the war of 1870-1871 he practiced surgery on the battlefield.

Bust of Odilon Lannelongue at the Museum of the History of Medicine in Paris.

In Paris, if he shares his studies with Georges Clemenceau, Odilon Lannelongue also frequents the Republican milieu and befriends Leon Gambetta. On the battlefields he won his stripes of major surgeon, which opened the doors to Parisian high society where he met the one who would give a meteoric rise to the career of Doctor Lannelongue and establish his notoriety: The rich Marie de Remusat born Cibiel, future Madame Lannelongue.

Behind this great man, a woman ...

Humanist and generous, Marie shares Odilon's life for 30 years without being able to give her any descendants. Together they created in 1895 the Fraternal League of Children of France. This association becomes the first mutual aid movement for young people and the oldest French social work to help children.

In 1909, the Marie Lannelongue surgical center was created in Paris and then moved to Plessis Robinson. It is in this hospital that will be carried out in 1955, the 1st open heart operation.

Marie Lannelongue allows Odilon to rise to the highest spheres of French medicine. He treats many personalities: his friend Gambetta, Sarah Bernhardt, the tsarevich and becomes the doctor of politicians: Sadi Carnot, Fallieres, Poincaré. He is at the Elysee Palace when his friend the president Félix Faure died in the arms of his mistress in 1899.

Odilon Lannelongue shows humanism and benevolence; he is what we call an "honest man". He founded prizes to help students or widows of doctors, he rallied to the feminine cause by welcoming female day students into his hospital ward. In 1911, he wanted to create a work of national scientific or social interest bearing his name: the Lannelongue Institute was created in Vanves.

The Lannelongue couple have this common passion and multiply trips to Europe. They particularly fall in love with Venice from where they bring back real treasures of furniture and lighting. When his wife died in 1906, Odilon decided to set off on a long journey of 270 days, for which he published a book published by Larousse: Un tour du monde.

He brings back works of art but also bald cypress seeds which nowadays decorate Lannelongue Park in Castera-Verduzan.

The politician: In 1892 Doctor Lannelongue sought the votes and became mayor of his hometown, Castera-Verduzan. In 1893 he was elected deputy for the Gers and a few years later became a senator. 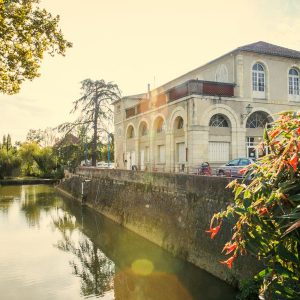 Odilon Lannelongue remains attached to his Gascon roots: in Paris, he chairs “La Garbure”, a friendly society of Gers. TO Castera-Verduzan, he had a house built with his OL monogram, in which the couple came to stay every year. From this beautiful property, Doctor Lannelongue made a museum which he will bequeath to the French State.

I wanted to go to the people. My goal was to bring together the works of art that I own in my birthplace of Castéra-Verduzan. In this way, for the inhabitants of my village and neighboring localities, a unique collection will be created, a true synthesis of the history of art.

A generous donor, Odilon Lannelongue notably supports the thermal baths of Castéra-Verduzan, the excavations of the Gallo-Roman villa of Séviac. Benefactor, he does not hesitate to consult the most disadvantaged free of charge. 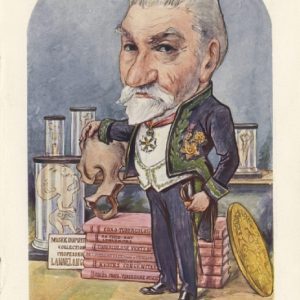 Commander of the Legion of Honor

Professor emeritus, elite doctor, altruistic and human, Professor Odilon Marc Lannelongue is promoted to the rank of Commander of the Legion of Honor. Busts and medals are made with the effigy of the great man and it is not uncommon to take an artery that bears his name ...

In the Gers: at Castera-Verduzan (the town hall square), in Condom and Cazaubon, but also in Seine Maritime, in the North and in the Paris region as well as in the 14th arrondissement of Paris.

Odilon Lannelongue closed his eyes definitively on December 22, 1911 in Paris. He rests alongside his wife Marie in their mausoleum in Castera-Verduzan.

And the beautiful house becomes the Casino de Castéra-Verduzan

In 1986, the house and the park were bought by the town hall and an auction dispersed the collections made up of 131 pieces. Today the place houses a casino and its restaurant.

The mystery of Gambetta's arm

When the "founding father of the IIIe République ”dies of an intestinal infection, his body is dismembered… his heart is in the Pantheon, his brain at the Institute of Medicine, his only eye in Cahors and his remains in Nice. It is as a friend that Professor Lannelongue inherits an arm from Gambetta and his injured hand. We lost track of this famous arm in 1910 at Castera-Verduzan and despite the investigations carried out, the disappearance seems obvious and the mystery remains intact!