This morning we had an appointment with Justine to explore the vineyard. Destination a vast grape-growing expanse in Gascon – AOC Saint Mont.

We met Justine at Aignan and drove to Sabazan and its chateau. Our guide used the time on the road to fill us in on the first historical elements. In 1978, the winemakers of the Saint-Mont, Aignan and Plaisance cellars created the Plaimont cooperative union to pool their work and expertise.

The building is surrounded by vine rows of the iconic AOC Saint Mont grape varieties including tannat amplified by the terroir of tawny sands. We called in on the cellar and tasted the hand-harvested, château-bottled red wines which really impressed us.

When the clock struck time for lunch

We had two possibilities: either we had a 100% home-made picnic at a winemaker’s table or a traditional meal. The brisk air persuaded us to eat lunch at the Ferme aux Buffles, a nearby Table du Gers*

En route to the Plaisance cellar

We got back into our vehicles and stopped off at the Plaisance cellar which favours “organic” growing. In a bid to improve the quality of their wines, the winemakers have striven to obtain high environmental value certification. It was an interesting foretaste of the following encounter…

Above all, don’t create anything … simply observe, protect and bring out the best of an exceptional land.  André Dubosc, fondateur de Plaimont

Calm abounds at Sylvie’s cabin lodge. They have been winemakers from father to daughter, so Sylvie is passionate about working the vines and an ardent ambassador for “organic”. We enjoyed tasting her Nature secrète wine 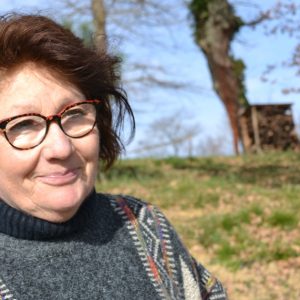 winemakers from father to daughter

Thanks to Justine, we will be returning to this little corner of the Gers, to see these men, their terroir and black berets again. There are other appellations from this bountiful land to discover such as AOC Madiran and AOC Pacherenc du Vic-Bilh, and the IGP Côtes de Gascogne

Do you know how the Plaimont name was coined?

**Alcohol abuse is dangerous for your health. Drink responsibly

You will also appreciate

Back to top of the page